<< Back to the home page

The Faculty through history 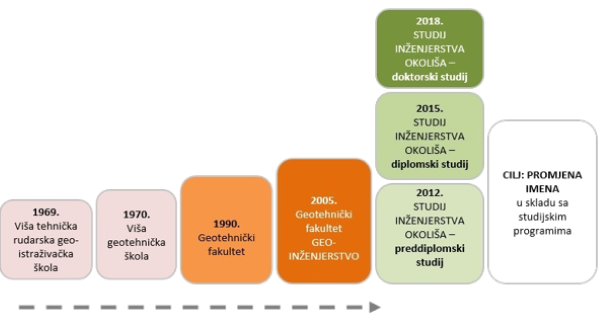 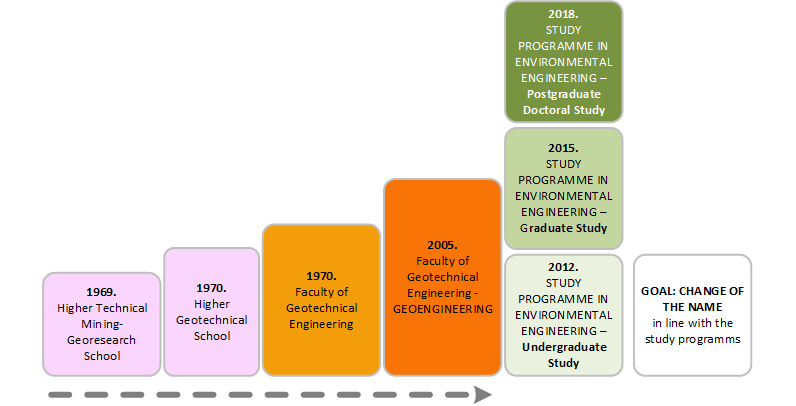 2018
Longtime effort that the employees of the Faculty have put in the development of the Faculty as a higher education institution resulted in the decision of the Senate of the University of Zagreb to approve the Postgraduate Doctoral Study Programme in Environmental Engineering on 10th July 2018. In the academic year 2018/2019 the first generation of doctoral students was enrolled.

The doctoral study programme consists of one obligatory course (5 ECTS), one course of students` choice that they select from 9 courses from the whole study programme (4ECTS) and 4 courses which doctoral students choose from one out of 5 modules (4×5 ECTS). These modules are:

Doctoral students determine the structure of the teaching part of the study programme, which consists of courses from all the modules. This enables them to recognize their research interests more easily. Also, in this way they choose 4 courses from different modules besides 1 obligatory course and 1 course of their choice.
Eight professors from the Faculty teach at the doctoral study programme as well as a lot of eminent scientists from social, natural and technical sciences.

2015
Since the academic year 2015/2016, the Faculty has been delivering the University Graduate Study Programme in Environmental Engineering, which consists of three courses: Geoenvironmental Engineering, Water Management and Environmental Management. It is based on fundamental knowledge from basic natural, technical and computer sciences, which are a prerequisite for understanding the basic principles of environmental engineering. At the end of their studies students have to take part in a 160- hour professional practice, which gives them an opportunity to put the acquired knowledge into practice.

2009
The Ordinance on Scientific and Artistic Areas, Fields and Branches defined Environmental Engineering as a branch of interdisciplinary technical sciences.

2008
On the Faculty`s initiative, Environmental Engineering became part of the the Ordinance on Scientific and Artistic Areas, Fields and Branches as a branch of basic technical sciences.

The Faculty started delivering the University Undergraduate and Graduate Study Programme in Geoengineering in such a way that it tried to keep the tradition of the former programmes in Geotechnics and Hydrotechnics and at the same involved certain segments of environmental protection. Environmental Engineering became a study programme for the first time. Special attention was paid to the promotion of environmental engineering in Croatian legislation as a profession which has already been widely accepted in the developed world.

In 2004/2005, the last generation of students was enrolled in the geotechnical and hydrotechnical course of the study programme in Geotechnics.
In March 2004, the Agreement on the Organisation of the Study was signed among 13 constituent members of the University of Zagreb, and this event launched the Interdisciplinary Postgraduate Professional Study Programme in Ecoengineering. The Faculty of Geotechnical Engineering was one of the founders. Since then, this study programme has been delivered as a university specialist study and the professors from the Faculty have been actively participating in teaching, mentoring, assessing bachelor theses and they have been active members of the Professional Council of the study.

1997
Study programmes and the contents of all courses delivered by all of the constituent members of the University of Zagreb were revised, including the Faculty of Geotechnical Engineering. After the revision, the University Study Programme in Geotechnics was divided into two courses, Geotechnics and Hydrotechnics, with a shift from mining towards civil engineering.

In the academic year 1993/1994 a study programme called Technical Environmental Protection was launched at the Faculty. Seven students, most of whom successfully do jobs concerning environmental protection, enrolled and graduated in it.

1985
The third floor of the Faculty building was built.

1970
Following the Decision of the District Commercial Court from 11th December 1970, it was decided that the name of the school should be changed into the Higher Geotechnical School Varaždin.

1969
Following the decision of the Council of the Centre for Educating Oil, Georesearch, Mining and Metal Workers on 20th September 1969, the Higher Technical Mining-Georesearch School Varaždin was founded. Its foundation was supported by a number of important companies of that time, such as "Geotehnika" Zagreb, "Geofizika" Zagreb, "Geosonda" Beograd, "Geoistraga" Sarajevo and Geološki zavod Ljubljana. The school lasted for 5 semesters and the courses included Geotechnics, Hydrotechnics, Surface Mines and Quarries. 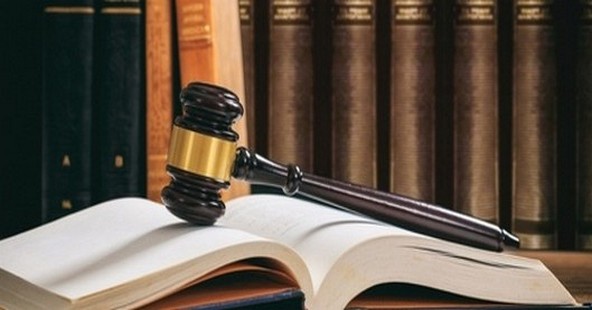 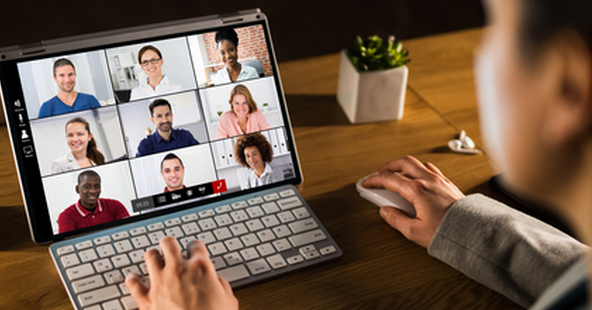